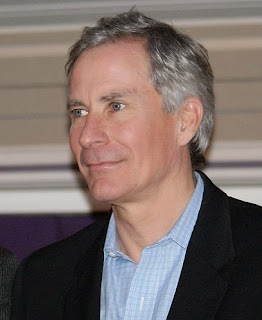 David Breashears (born December 20, 1955) is an American mountaineer and filmmaker. In 1985, he became the first American to reach the summit of Mount Everest twice. He is perhaps most famous for guiding Richard Bass to the summit of Everest, thus completing Bass's ascent of the seven highest summits on each continent.

He has worked on feature films including Seven Years in Tibet and Cliffhanger, as well as on the award-winning documentary Red Flag over Tibet. In 1983 he transmitted the first live pictures from the summit of Mount Everest and in 1985 he became the first American to reach its summit more than once. He is the recipient of four Emmy awards for achievement in cinematography.

Breashears has made eight expeditions to Everest, reaching the summit five times. He has climbed to the summit of 24,494Â ft (7,466Â m) Ama Dablam in the Himalayas, and is known in climbing circles for free climbing some of the most technically challenging rock walls in Colorado as a young man.

In 1996 he co-directed, photographed, and co-produced the acclaimed IMAX film Everest and contributed still photos to the best selling book Everest: Mountain Without Mercy. In 1998 he was a director and producer for a Nova television program, Everest: The Death Zone, in which he and fellow mountaineer Ed Viesturs climbed Everest while undergoing physical and mental tests to record the effects of altitude on humans.

In 2000 he directed the IMAX film Kilimanjaro: To the Roof of Africa for the National Geographic Society, a film that documented the climbing of the world's largest freestanding mountain in Tanzania, Africa, an expedition undertaken by seven climbers.

He is the author of several books, including an autobiography, High Exposure: An Enduring Passion for Everest and Unforgiving Places.

Breashears's 2008 documentary film Storm Over Everest was shown on the PBS program Frontline on May 13, 2008. It features photography on the mountain and interviews with survivors of the three climbing teams that were caught in the 1996 storm. The music for the documentary was composed by Jocelyn Pook. During the filming of the documentary in 2006, Breashears summitted Everest once again, his fifth summit of Everest. He continues to actively pursue Himalayan climbing, lecturing around the world and working on new film projects.

Breashears is a director of Destination Himalaya, a travel firm specializing in adventure travel to Himalayan countries.

He was married to fellow adventurer Veronique Choa in the late 1980s. They have since divorced, and Breashears lives in Marblehead, Massachusetts when not climbing.

In 2007, Breashears founded GlacierWorks, a non-profit company that uses science, art, and adventure to raise awareness about climate change in the Greater Himalaya.